Thanks for agreeing to do this ‘Meet The Members’ chat for Barber Banter. Would you like to introduce yourself?

Hi, my name is Jacob and I’ve been a barber for around 11 years now. I run my own business in Gosport, called ‘Thc Barbershop’ (formally known as The Groom Room)

So Jacob, can you tell us a bit about how your backstory and how you became a barber ?

I was always in pubs and clubs, whether as a bouncer, manager, even a DJ, but while I was living in London (some of you are going to hate this) I visited the Barbers as I did, weekly. One week they were too busy, and in a big haze of thick smoke (it was a very Jamaican affair) I ended up with a set of clippers in my hand and stood behind the chair. I just kind of copied the other guys, I mean, I’d given myself a grade 1 all over before…

Anyway, I enjoyed it, and after they closed, we smoked and drank and they showed me some clippering techniques to work on and gave me a set of old Wahls to play with. I ended up going back weekly, learning and helping until I moved back to Gosport. I set up in my kitchen (I know I know, now I know better) and quickly realised I only knew to cut Afro Caribbean hair and I was living in a very white town. I managed to enrol in college but could only get onto a hairdressing course, I had an amazing teacher though, he was on that Mr Miyagi vibe and I became quite a good hairdresser/barber eventually owning my own 5-star unisex salon. But I hated it! I love women, can’t stand hairdressers, LOL! The chance for change came nearly 2 years ago when I opened my first Barbershop ?So in a nutshell, it was an accident! A very good one

When did you first notice the ‘Barber Boom’ and what do you think of it?

I am probably part of it, not intentionally though, I first started cutting 11 years ago so I feel I can safely say I’m not a ‘barber boomer’ … I hope… Some of my competition in town is VERY good, but I try to be inspired by them rather than resent them, but we all compete with the ’faux Turkish’ 8 quid bastard brigades. People still like cheap!

Do you use social media? What do you think of the influence it has had on the industry or even your own career?

I do, partly I think fiscally speaking, social media has taken away from the ‘local barber’ but yet it has been a wonderful tool for learning and networking.

What do you love about the barbering industry and what do you dislike or you think, could be improved upon?

AWARDS!!! By all means, awards are great, but I feel the a lot of awards tend to reward great marketing, PR and photography. Not all of them, but I know of some that, well… they appear to be more formed by a ‘clique’. I’ve entered for a couple of awards and been on stage to collect one or two, but I’m dissatisfied with the process. I feel they don’t represent greatness and commitment like they should. Maybe it’s just the times?

What’s a typical day like for you at The Barbershop?

Still only 2 years old, so some days are still quiet but most days are reasonably steady. We retail CBD and run a medical cannabis association from the shop too which takes up some time. ( Hence the Thc in the name)

“I contacted this shop because I had seen they sell CBD balm. I suffer with psoriasis and have done since 2000. Unfortunately I have had many creams and lotions which never seam to really work. I have been using the CBD balm for a few weeks now and the difference it has made has been fantastic. I will definitely return when I run out as the staff are extremely friendly and helpful. Thank you.“

How do you see the industry changing in the future?

It’s getting silly mate; people are still going to be paying £8 to get their crowns buzzed rather than going to a proper barber who can work it well for just a little more. However, this current situation is potentially set to separate the wheat from the Chav’s (yeah I know what I did there ?) and as we professionals up our game and bring in new and more stringent hygiene practices, the cowboys are going to fall behind.

Can you tell us a bit about your favourite tools or products you use in your shop?

I was sold on the Magic clips, I’d never ever go cordless, you couldn’t convince me otherwise, then I had a go with some Wahl Cordless Seniors at one of the salon shows and got a massive boner (metaphorically speaking) so snapped some up. Since then, my main arsenal consists of my Cordless Seniors, Some Wahl Detailers, my Andis Foil Shaver (the best I’ve used) and some Kyoto scissors in the £70-£100 range. It works if you work it ?.

“Had a wonderful visit at this professional salon. I was very impressed with the time taken to give me the style I wanted and their products smell AMAZING. Would highly recommend this Salon, thank you to the team for finding me an appointment at such short notice.“

Hopefully with enough money to live without too many struggles and 3 shops, that employ people, who struggle breaking into the industry.

And finally, what advice would you give someone just starting out as a barber?

Get as much experience on the shop floor as you can, maybe requesting 2-3 week stints of work experience in various shops in your early days while training if at college. Or you could try your hardest to go down the apprentice route. Don’t do what I did ?.

Jacob from ‘Thc Barbershop’ Gosport Thanks for you time.

link to Why Nearcut is a great addition to your business

So I’ve been using Nearcut in my business since the middle of June, now and below I want to explain why it has been one of the best and valuable additions to my business in 25 years. Why...

Continue Reading
link to How to become a Barber - What training is available?

So you want to learn how to become a barber? If you’ve spent any time at all on social media platforms such as Facebook or YouTube over the last few years, you will be aware that the barbering...

We are a team of passionate barbers. Some of us have been barbering for a few years, other have been doing it for 30 years plus. Our aim is to bring you the best products, news and views from this great industry.

This site is a participant in the Amazon Services LLC Associates Program, an affiliate advertising program designed to provide a means for sites to earn advertising fees by advertising and linking to Amazon.com. We are compensated for referring traffic and business to Amazon and other companies linked to on this site. 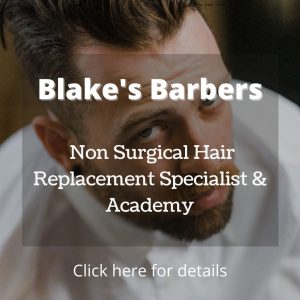